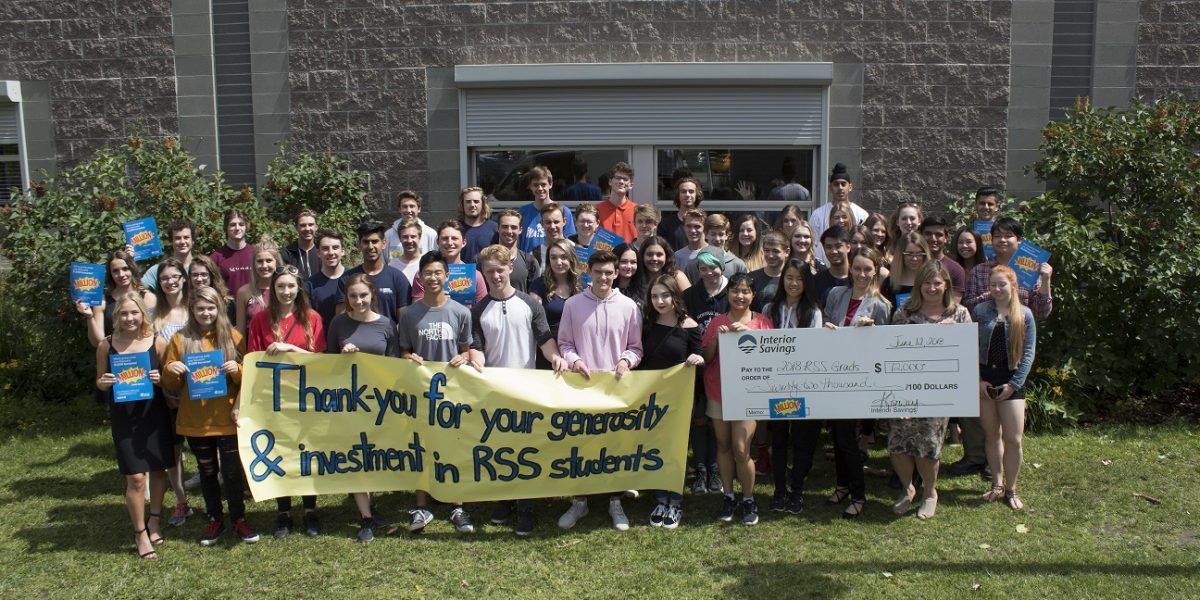 With another school year complete, many students are busy saving for next year’s tuition.  For 640 of those students, their cost of education just became a little bit lighter.

According to Kathy Conway, CEO of Interior Savings, the Million Dollar Bursary is part of a bold commitment by the Credit Union to share profits with its members while also helping to support continuous education.

“We believe in local money for local good” said Conway, “What better way to create local good than to dedicate a portion of our profit sharing program to help our young members get a head start in life.”

Every year, the Credit Union commits up to $1 million in $1,000 bursaries.  To be eligible you must be between 17 to 24 years old, a member of the Credit Union and you must have plans to attend full time studies in a recognized degree, diploma or trade certification program.  Any bursary money not claimed is returned to the general profit sharing pool which is paid each year to Interior Savings members.  This spring, in addition to these bursaries, the Credit Union returned another $1.5 million in rewards and dividends to its members.

If you attended a high school graduation this year, you may have noticed the recipients being announced.  According to Conway, a number of high schools saw more than 10% of their graduating class receive a Million Dollar Bursary award.  Of note, 12 awards were presented at Lillooet Secondary, 14 at George Elliot in Lake Country, 14 at Merritt Secondary, 37 at Mount Boucherie Senior Secondary in West Kelowna, 34 at OKM in Kelowna, 22 at Valleyview Secondary in Kamloops and an impressive 72 bursaries were presented at each of the Rutland Senior and Kelowna Senior Secondary school ceremonies!

To learn more about the Million Dollar Bursary program go to www.milliondollarbursary.com .

Interior Savings Welcomes Mentorship Guest from Uganda!
5 Totally Free Things You Can Do to Support Your Local Economy

Be the first to know! Receive financial tips, special offers and an inside peek at the community initiatives and events we support.